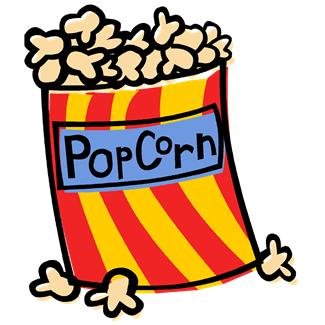 TCM will be celebrating both its 20th Anniversary as well as John Wayne during April. If you happen to be a John Wayne fan, you should be excited about the 58 movies TCM will be airing. (I know my younger brother is looking forward to those movies. they will be airing them (mostly?) during April 21 and the 25th, which explains the fact that I don’t have very many mystery movies showing that week.

Since they are celebrating an anniversary, they will be showing a few shows that might interest those of you who are especially interested in Hollywood’s Golden era. I have annotated some of those movies. As usual, I have included a few movies that are not mysteries, but that I particularly enjoy, and think some of you might also enjoy seeing them.

7:00 AM
LOVER COME BACK (1961)
An ad exec in disguise courts his pretty female competitor.
Dir: Delbert Mann Cast: Rock Hudson, Doris Day, Tony Randall.
C-107 mins, CC, Letterbox Format
***OK, I guess I should disclose that I am a Doris Day/Rock Hudson comedies fan. This is not a mystery.***

7:00 PM
THE THRILL OF IT ALL (1963)
A doctor tries to cope with his wife’s newfound stardom as an advertising pitch woman.
Dir: Norman Jewison Cast: Doris Day, James Garner, Arlene Francis.
C-108 mins, CC, Letterbox Format
***I guess I’m just a Doris Day comedy fan.This one doesn’t have Rock Hudson in it, however, James Garner comes pretty close. This is not a mystery.***

11:00 PM
SEND ME NO FLOWERS (1964)
When he mistakenly thinks he’s dying, a hypochondriac tries to choose his wife’s next husband.
Dir: Norman Jewison Cast: Rock Hudson, Doris Day, Tony Randall.
C-100 mins, CC, Letterbox Format
***Not a Mystery, however it is a Doris Day/Rock Hudson comedy movie, of which (as I mentioned) I am a fan.***

10:45 AM
MGM: WHEN THE LION ROARS, PART I: THE LION ROARS (1992)
Patrick Stewart takes viewers through the history of Hollywood’s greatest film studio, MGM, from its formation in 1924 through the death of its greatest production genius, Irving J. Thalberg. Featuring interviews with Joan Crawford and Groucho Marx.
Dir: Frank Martin Cast: Patrick Stewart, Kirk Kerkorian, R E Turner (Ted).
C-122 mins
***I hope this three-part special is as good as it looks. All three parts will be shown during April.***

7:00 PM
THE CATERED AFFAIR (1956)
A working-class mother fights to give her daughter a big wedding whether the girl wants it or not.
Dir: Richard Brooks Cast: Bette Davis, Ernest Borgnine, Debbie Reynolds.
BW-94 mins, CC, Letterbox Format
***This is not a mystery, but I just love this movie. You might enjoy it, too.***

7:00 PM
THE REMAINS OF THE DAY (1993)
A proper British butler sacrifices happiness to remain faithful to his position.
Dir: James Ivory Cast: Anthony Hopkins, Emma Thompson, Christopher Reeve.
C-134 mins, CC, Letterbox Format
***This is not a mystery, but is really, really good.***

10:45 AM
MGM: WHEN THE LION ROARS, PART III: THE LION IN WINTER (1992)
Patrick Stewart takes viewers through the history of Hollywoods greatest film studio as it fades from glory during the fifties. Featuring interviews with Gene Kelly and Charlton Heston.
Dir: Frank Martin Cast: Patrick Stewart, Kirk Kerkorian, R E Turner (Ted).
C-123 mins
***The third and final part of this special.***

3:00 AM
THOU SHALT NOT: SEX, SIN AND CENSORSHIP IN PRE-CODE HOLLYWOOD (2008)
This documentary looks at how the social, financial and moral forces all helped shape one of the most intriguing periods in Hollywood history.
C-68 mins, CC
***I had no idea how racy pre-code Hollywood was!***

7:30 AM
THE 39 STEPS (1935)
A man falsely suspected of killing a spy races across Scotland handcuffed to the beautiful blonde who turned him in.
Dir: Alfred Hitchcock Cast: Robert Donat, Madeleine Carroll, Lucie Mannheim.
BW-86 mins, CC

(All of the above descriptions were copied from the TCM site. There were a few mystery movies that appeared in my monthly TCM Now Playing that didn’t show up on TCM’s schedule online, so I didn’t add them to the list.)

If you know of any other mystery movies that are going to be aired on television during April 2014, please post a comment.