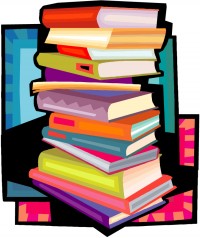 The 27th Malice Domestic is going to be held next weekend. That’s right! Next weekend (May 1-3, 2015), the Bethesda, Maryland’s Hyatt Regency Hotel will be the place to be! Those people attending the convention will be voting for the authors/mysteries they think should win in each of the categories. Pretty exciting!

I especially like these awards because they are supposed to go to mysteries that are similar to Agatha Christie’s books >>> thus their name! These are mysteries without gratuitous sex, violence, or gore >>> in short, pretty Cozy! I know I have said (more than too many times for some of you!) that these are the Coziest of Cozy Mystery awards out there.

The mystery books that have been nominated are those that were published (in any format) during 2014. By that I mean they can be paperbacks, hard covers, or even e-books.

I see lots of very familiar names and titles. I’m guessing there are a few of your very favorite Cozy Mystery authors within these categories. I think it would be pretty difficult to vote for one Cozy over another in some of these categories!

Congratulations to ALL the nominees!

AGATHA AWARD BEST NOVEL:
The Good, The Bad and The Emus by Donna Andrews
A Demon Summer by G.M. Malliet
Designated Daughters by Margaret Maron
The Long Way Home by Louise Penny
Truth Be Told by Hank Phillippi Ryan

AGATHA AWARD BEST SHORT STORY:
The Blessing Witch by Kathy Lynn Emerson
The Shadow Knows by Barb Goffman
Just Desserts for Johnny by Edith Maxwell
The Odds are Against Us by Art Taylor
Premonition by Art Taylor

AGATHA AWARD BEST NON-FICTION
The Poisoner: The Life and Crimes of Victorian England’s Most Notorious Doctor by Stephen Bates
Death Dealer: How Cops and Cadaver Dogs Brought a Killer to Justice by Kate Flora
400 Things Cops Know: Street Smart Lessons from a Veteran Patrolman by Adam Plantinga
Writes of Passage: Adventures on the Writer’s Journey by Hank Phillippi Ryan, Editor
The Art of the English Murder by Lucy Worsley

Are any of your personal favorites nominated?

P.S. If you would like to take a look at some of the winners and nominees from previous years, the categories can be found on my Mystery Book Awards page. (I’m pretty sure you’ll recognize a lot of the Cozy Mystery authors’ names!)