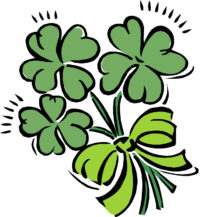 Recently, someone asked if I had any suggestions for any “Irish” themed mystery series, and I was a bit surprised that I didn’t already have a theme on Irish Cozies since they’re such a charming part of the genre! So, are there any Irish Cozies anyone can recommend?

MYSTERIES WITH AN IRISH THEME:

P.S. I haven’t read all the series so I’m not sure just how Cozy they are…