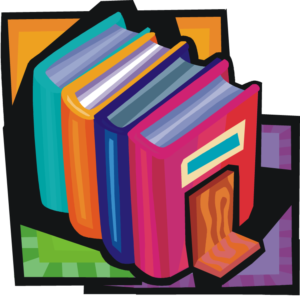 People send in questions to the site all the time, and one of the most common questions is “can you help me remember the name of this book?” Sometimes I can help, other times I can’t… and when that happens, I’ve found that it often helps to ask the rest of you, the site readers! It’s been a while since I’ve done one of these, so they’ve really started to add up!

I do have a Cozy Mystery series I started reading many years ago about a young woman that started her own Crime Scene clean-up. I am hoping that the author is still writing it and someone can tell me the series….

The main character is female and had a young man working for/with her also. She could see and communicate with the victims and I believe that this was only possible if they met Foul Play. The young man was a friend and great help, but it seems that she may have been going to lose him to another career choice that he wanted or something like that.

I wish I could tell more or at least the time period, but can only come up with this and that it may be around the early 2000s.

EDIT: From the comments of multiple people (thanks to everyone! too numerous to list unfortunately – this one might have been a bit of a “softball” question!), this looks like it’s probably Wendy Roberts‘s Ghost Dusters Mystery Series. A few other people have mentioned Christy Barritt‘s Squeaky Clean Mystery Series, so that’s also a possible answer.

EDIT: Kathleen suggested this could be part of the Sister Mary Helen Mystery Series by Carol Anne O’Marie.

EDIT: Amy suggested this could be Number, Please, by Sheree Petree.

EDIT: C. T. suggested this could be the Martha’s Vineyard Mystery Series by Cynthia Riggs, which stars a senior sleuth who sometimes delivers meals on wheels. (I don’t remember that last detail, but the rest of it seems to fit.)

So! If you think you have the answer to one of these series, please send in a comment! If I think it fits, I’ll add it to the post as a potential answer. Hopefully we can help these readers find their forgotten favorites!