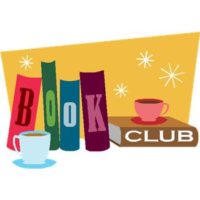 I have accumulated a few more questions about the following mysterious authors/books/series. If you think you know who the Cozy Mystery reader is looking for, please post a comment below.

EDIT: Sherrie suggested that this is likely Murder at Holy Cross, a true crime novel by Peter Davidson.

This is one of the mysteries where I have a “maybe” answer already… it could be Number, Please, by Sheree Petree. But I’m just going by the description here, as I haven’t read it, so some confirmation by readers would be nice!

The closest I can think of off-hand of is The Baby Blue Rip-Off by Max Allen Collins, which does feature a meals on wheels driver, but I don’t think the sleuth is 80 years old.

EDIT: Terry mentioned it could be Cynthia Riggs’s Martha’s Vineyard Series. This is a possibility, though I thought that it was that Victoria got into a fender bender with a meals on wheels driver, not that she was the driver herself.

Lynn also suggested it could be the Ivy Malone Mystery Series by Lorena McCourtney, which features another senior sleuth, but neither of us is sure if she ever delivered for meals on wheels.

Sue suggested it could be Virginia Rich’s Eugenia Potter series, which is set in Nantucket.

Looking for a series done perhaps 20 years ago or so about a young lady who lives in south Pennsylvania in the mountains between Gettysburg and Waynesboro. It is not historic. There were at least three I believe….could be more. She might have been in medical profession? I wish I could remember more! Any help is appreciated!

EDIT: Readingprincess suggested this could be the Tori Miracle series by Valerie S. Malmont.

So that’s it for the questions for this time. If you think you know who the Cozy Mystery reader is looking for, please post a comment below. Thank you!