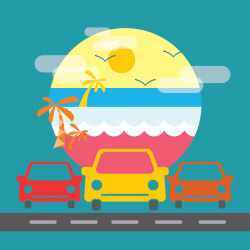 First of all, thank you for your well wishes about my daughter being home. It has been great! We lived in the D.C. area years ago and are looking forward to visiting her and revisiting many of our favorite places.

Second >>> I have read all of the comments you all have written, and encourage all of you to read them. (Here’s yesterday’s entry: Oh No! Not Another Rant and Rave! followed by the comments). Some of them are absolutely incredible! I just don’t get how so many people think they’re exempt from following the rules when they’re behind the wheels of what I refer to as “killer cars”! Clearly, they have an “I’m special.” attitude. And it’s like a lot of you stated, they’re not just endangering themselves, but every other person on the road. I really don’t get it!

I am shocked by some of the things you all have witnessed! Are people really so hungry that they’re willing to drive their killer cars while eating spaghetti? Is their personal hygiene such an issue that they have the need to brush their teeth, shave, dry their hair, or apply makeup while driving? The only time they can find for polishing their nails is while driving? Are they really that busy they need to use their steering wheel to prop up a plate, book, map, mail, or papers? They can’t check an audio book from their local libraries because they prefer actually reading the books while driving? And how about the two instances of women brushing their hair >>> one with both hands, and the other while flipping her head down below the console so she could brush it from the roots? And how about the woman who was searching for something that had rolled on the floor of her passenger side, with her head under the console?

I’ve decided that I would write this follow-up entry instead of responding to each of your comments. Thank you so much for your absolutely incredible stories about crazy drivers. I only wish we were all just sitting around, trying to write a skit for a “you-won’t-believe-it TV show” rather than talking about true things we have seen on the roads!

Here’s yesterday’s entry: Oh No! Not Another Rant and Rave!