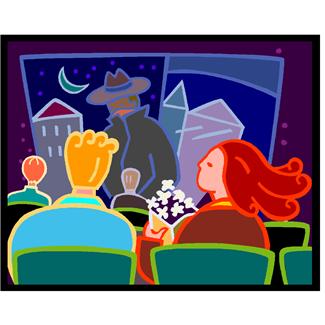 This is the second month I am posting the upcoming television mystery movies on the Turner Classic Movie channel. As I have mentioned several times, I subscribe to TCM’s monthly television movie guide (Now Playing) and actually highlight the movies I think my husband and I might enjoy watching. The movies I’m going to list are all mysteries, except for two that feature one of my very favorite actresses: Judy Holliday.

I have not seen all of these listed movies, so please don’t hold me accountable if they aren’t any good. I am going to be listing these movies in Central time zone, so you might want to check out your local starting times.

THE CASE OF THE BLACK CAT (1936)  9:15 AM (Central)
Perry Mason looks into a trio of murders heralded by the shriek of a cat.
Dir: William McGann Cast: Ricardo Cortez, June Travis, Jane Bryan
BW-66 mins, TV-PG

SO LONG AT THE FAIR (1950)  5:30 PM (Central)
A woman searches for her missing brother in Paris despite the fact that nobody believes he exists.
Dir: Antony Darnborough Cast: Honor Blackman, Jean Simmons, Dirk Bogarde
BW-86 mins, TV-PG, CC

♦♦♦(I wasn’t sure if this is a mystery until I noticed that on page 4 of TCM’s May Now Playing magazine, this is written: “…Under Capricorn (1949) a compelling murder mystery set in 19th-century Australia that was one of the few Alfred Hitchcock films of its period not to capture the public fancy;…”

♦♦♦(Neither of these movies are mysteries. They are both movies that star one of my all time favorite actresses: Judy Holliday.)

A NEW LEAF (1971)  3:30 AM (Central)
A playboy squanders his wealth and must seek out a new source to maintain his idle rich lifestyle, namely marrying a rich woman and … murdering her.
Dir: Elaine May Cast: Walter Matthau, Elaine May, Jack Weston .
C-102 mins, TV-PG, CC, Letterbox Format

♦♦♦(While this isn’t technically a mystery, I enjoyed this movie and think some of you might, too. On page 4 of TCM’s May Now Playing it says: “Elaine May wrote, directed and stars in A New Leaf (1971), a black comedy in which she plays a wealthy wallflower pursued by an impoverished playboy (Walter Matthau) with murder on his mind.“)

If you know of any other mystery movies that are going to be airing this month, feel free to post a comment.

(All of the above descriptions were copied from the TCM site. I hope they don’t change their line-up!)