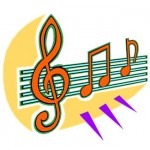 Ksenija just asked me if I had a Music/Musician mystery book theme on the site, and I responded that I don’t. Actually, I started putting all of the mystery authors I could think of with Music/Musicians, and came up with this list, which I wrote as a comment, but just decided to post as a theme.

I don’t know how I missed these authors, but here are some more authors who have been recommended by some of you:

And, here are some authors who aren’t on the Cozy Mystery site:

Karen Sturges: Music Lover’s Mystery Series (Death of a Baritone and Death of a Pooh-Bah)

Please remember that I have only included the authors who are currently on the Cozy Mystery Site. Feel free to post a comment if you know of any other mystery authors from the site who write Music/Musician themed mystery books. Thanks!