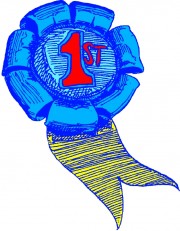 I got a letter from MJ with a great idea for a blog entry! It’s a spin on something we do, but with a better focus. She says it better than I can, so here are some portions of her letter:

… How about the ‘best FIRST in a series cozy by either a new author or an established author with a new series in the previous year?’…

Included in that selection might be – ‘does it have potential to be a long running series and why?’  This would also have to be a ‘series’ book, not a stand alone.

I thought of this a couple of weeks ago as I read an excellent new ‘first in series’ book.  Then I read another which I thought was even better.  Yesterday I just started a third new book that looks like it has ‘potential’ – I can’t decide that until I finish it, though.  I always put these books in my monthly recommendations.  But I thought it would be interesting and informative to blog readers if we singled out just one new series.   That will be tough for me to do, however, because I’ve read several good first books this past year!!!…

I love this idea, since we’ll be able to see which of the new Cozy Mystery series that have recently been started look like real winners and will be around for a while.

Here are the Cozies you all have recommended so far:

Rose Pressey: If You’ve Got It, Haunt It (Haunted Vintage Mystery Series)

***Please be sure to read the comments below to see why these first books in new Cozy Mystery series have been chosen to be the best.***