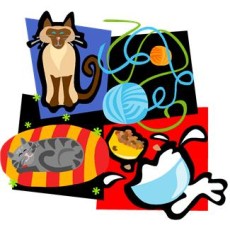 Earlier this month I posted an entry about Sofie Kelly‘s series featuring the first book in her Magical Cats Mystery Series, Curiosity Thrilled the Cat. So I thought I’d ask if you all can think of any authors who are similar to Sofie Kelly.

I have tried to remember who mentioned (in a comment) that she is reading Sofie Kelly’s Magical Cats now because she has finished Lilian Jackson Braun’s The Cat Who … series. (I meant to write it down, and as I have said many times, I have to annotate everything if I want to be able to pull it out of my memory banks!) So, I have started the list with Braun’s series.

In your recommendation, please be sure to include why you think that they are similar to Sofie Kelly! Thanks!

Authors who are similar to Sofie Kelly (aka Sofie Ryan):

P.S. I have several other “Authors Similar to …” lists on the Cozy Mysteries by Theme page on my site.