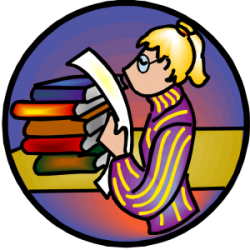 I have often wondered what it is that makes me try out a new-to-me Cozy Mystery Series. With so many Cozy series out there, why do I end up trying some, and not others? I know there is no science involved in my selection process, but what is it that makes me try a Cozy Mystery author who I have never read before?

After thinking about this, I came up with some things that help me decide whether a series looks like something I would enjoy spending a lot of time reading, or not:

2. Sleuth >>> Let’s see, what do I mean by the sleuth? Well, upon looking at my favorite Cozy Mystery series, I like my sleuths to be smart women, although I have a few exceptions like Hercule Poirot and Roderick Alleyn. I tend to go for sleuths who have been around, who have living experiences from which to draw. I don’t mean that all my sleuths are senior citizens, but I do like my sleuths to be usually be the one whose friends know they can rely on.

3. Theme >>> I know it almost sounds over-redundant to mention the theme as being important, now that almost every series has a theme of some sort. This does not mean I won’t read a Cozy that has a theme I”m not interested in, but I do sort of seek out themes that match my own interests. I’m not particularly crazy about cooking, but I read several culinary Cozy Mystery themes. On the other hand, I enjoy needlework, so I usually try every needlework Cozy series that hits the shelves. I love holiday themes, so if an author has a lot of them, I will try his/her Cozies. The theme list goes on and on.

4. Book Cover >>> To some of you this might sound weird, but some Cozy book covers sort of  “speak to me”. And lately, the publishers seem to have me in mind! Have any of you noticed how cozy the new Cozy book covers look? I have! When I look for the book covers to put on my site, I sometimes cannot get over how incredibly neat some of the covers are. I admit that I prefer the covers by artists over the photographs, but lately even the photos have been enticing.