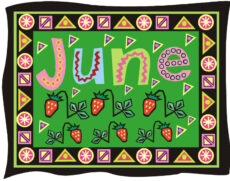 I don’t think I have mentioned that I have YouTubeTV as my cable network. It was the cheapest cable possibility that met all of my “necessities” other than one thing: YouTubeTV didn’t offer the Hallmark Movies & Mysteries channel. So, I was unable to watch a lot of the Cozy Mystery movies Hallmark M & M airs. I was really happy when YouTubeTV finally started carrying the network.

12:00 PM
Crossword Mysteries: A Puzzle to Die For
After several of her puzzles are linked to the murder of an art gallery owner, a crossword puzzle editor teams up with a no nonsense detective to stop a killer in their midst. Stars Lacey Chabert, Brennan Elliott.

2:00 PM
Crossword Mysteries: Proposing Murder
Tess dives into Logan’s murder investigation of her friend who was about to propose with her help. As she grows closer to the truth, she fears it could ruin everyone’s happily ever after. Starring Lacey Chabert, Brennan Elliott.

4:00 PM
Crossword Mysteries: Abracadaver
During her birthday celebration, Tess and Logan find themselves swept up in a world that isn’t always what it seems when the headlining magician at the Magic Manor winds up dead. Starring Lacey Chabert, Brennan Elliott.

6:00 PM
Crossword Mysteries: Terminal Descent
When Tess prepares for a crossword challenge against a super computer, the engineer behind it is murdered, spurring her and Logan to seek answers before they become the next victims. Starring Lacey Chabert and Brennan Elliott.

8:00 PM
Crossword Mysteries: Riddle Me Dead
Tess gets invited to be a part of a popular game show, but when the host is unexpectedly murdered, she and Detective Logan O’Connor seek to uncover who was behind it all. Starring Lacey Chabert and Brennan Elliott.

6:00 PM
Fixer Upper Mysteries: Concrete Evidence
When Mac first moved to Lighthouse Cove, he bought the historic lighthouse mansion that the town is named after. During renovation demolition, the bones of a teenage girl were discovered. Stars Jewel and Colin Ferguson.

8:00 PM
Fixer Upper Mysteries: Deadly Deed
Shannon Hughes has taken on a charity project renovating an old Victorian mansion. When a local banker is found murdered inside, Shannon must dust off the clues and cement the truth before her renovation becomes a demolition.

8:00 PM
Murder, She Baked: A Peach Cobbler Mystery
With The Cookie Jar, Hannah Swensen has a mouthwatering monopoly on the bakery business of Lake Eden, Minnesota. But when a rival store opens, and one of the owners is found dead, Hannah is determined to prove she isn’t guilty.

8:00 PM
Aurora Teagarden Mysteries: A Bundle of Trouble
Aurora Teagarden and her boyfriend Martin are thrilled when they get an unexpected visit from his niece and her new baby. Their excitement is short lived when his niece disappears and the baby is left behind.

12:00 PM
Signed, Sealed, Delivered: Truth Be Told
The POstables are on a mission to deliver a soldier’s letter from Afghanistan to a teenager who’s being relentlessly bullied, while Oliver’s estranged father surprises him with news that shakes him to his core.

2:00 PM
Signed, Sealed, Delivered: The Impossible Dream
The POstables work against the clock decoding a letter to rescue a soldier in Afghanistan and reunite her with her family, while Rita competes for the National Miss Special Delivery title in Washington, D.C.

4:00 PM
Signed, Sealed, Delivered: From the Heart
The POstables’ investigation leads them to a public figure who could be brought down by the contents of a damaged letter; Oliver, Shane, Norman and Rita are personally challenged in the aftermath of Valentine’s Day.

6:00 PM
Signed, Sealed, Delivered: One in a Million
Oliver and Shane explore their romance at a supper club where they meet a woman who’s reeling from a sudden breakup with her boyfriend who asks the POstables to retrieve the valuable letter she just mailed him.

8:00 PM
Signed, Sealed, Delivered: Lost Without You
Oliver’s Divine Delivery Theory is put to the test when he and the POstables seem to be unable to deliver a damaged letter from a military veteran that’s a matter of life and death. Stars Eric Mabius, Kristin Booth.

10:00 AM
Signed, Sealed, Delivered: Higher Ground
In the wake of Hurricane Katrina, New Orleans handyman and blues singer-songwriter, Gabe Recolte was left homeless before he had the chance to express his love for club owner Hattie.

12:00 PM
Signed, Sealed, Delivered: Home Again
When The POstables discover an antique vase with a letter inside, they trace the package to three little girls who attempted to sell the vase 18 years ago in order to save their family farm.

2:00 PM
Signed, Sealed, Delivered: The Road Less Traveled
The POstables take a road trip in an old Winnebago in order to track down a small boy who they fear may have been kidnapped. Stars Eric Mabius, Kristin Booth, Crystal Lowe and Geoff Gustafson.

4:00 PM
Signed, Sealed, Delivered: To the Altar
The long-awaited wedding of Norman and Rita leads the POstables to letter for a young woman with clues about her missing mother. Stars Eric Mabius, Kristin Booth, Crystal Lowe and Geoff Gustafson.

6:00 PM
Signed, Sealed, Delivered: The Vows We Have Made
As Shane and Oliver prepare to wed, the team helps an unwell boy reunite with a lost friend. A new employee may deliver the answer for Rita and Norman to start a family.

6:00 PM
Cut, Color, Murder
When a beauty pageant creator is found dead, a savvy hairdresser works with the new detective in town and risks everything to clear the names of those she loves. Stars Julie Gonzalo, Ryan McPartlin.

8:00 PM
Witness to Murder: A Darrow Mystery
Attorney Claire Darrow defends an old colleague of her mother’s for murder. Things get complex when Claire’s romantic interest, Miles, is named as prosecuting attorney on the case. Starring Kimberly Williams-Paisley, Tom Cavanagh.

6:00 PM
Murder, She Baked: Just Desserts
Hannah is thrilled when she is chosen as a guest for the first Eden Lake Dessert Bake-Off, but when a fellow judge is found murdered, Hannah takes it upon herself to find the killer. Stars Alison Sweeney, Cameron Mathison.

10:00 AM
Morning Show Mystery: Mortal Mishaps
Billie Blessings has gone from beloved chef, restaurant owner, and morning show segment host to #1 suspect in a murder case when one of the executives at the network dies from poisoning. Stars Holly Robinson Peete, Rick Fox.

12:00 PM
Morning Show Mysteries: Murder On the Menu
Beloved cooking show host Billie Blessings finds herself in hot water when a dead body turns up in the car of one of her guests, a temperamental celebrity chef, with dark secrets in his past. Stars Holly Robinson Peete, Rick Fox.

2:00 PM
Morning Show Mysteries: A Murder in Mind
Billie Blessings investigates murder charges against friend and actress Katie Saunders, when a death is linked to her TV show based on a series of novels about a corrupt local lawyer. Stars Holly Robinson Peete, Rick Fox.

Starting Thursday, June 23 – The Hallmark Movies & Mysteries channel will be broadcasting previously aired Christmas movies… so if you’ve missed any of those, this is your time to catch up!

Cozy Mystery List TV and Movie Section – all you have to do is click on the link to go to that page on my site.

I’ll update this page when the Hallmark Movies & Mysteries website updates their schedule.

P.S. All of these synopses were taken from the channel’s website.