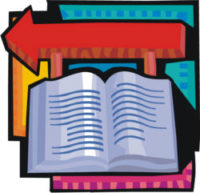 It’s been a while since I’ve had a good batch of questions… but longer-term readers will know that I do get a number of them, and many boil down to “I read this book a long time ago and can’t remember the author…” Some of these I can help, others are either something I haven’t read, or the clues aren’t ones that I recognize. So, now’s when I turn to you, the site readers! If you have a good idea of what may be an answer to one of the below

Looking for a crime novel where the female lead protagonist is an archeologist or paleontologist, not really sure. Old people are being killed in a family because of some manuscripts…

Hi, a couple years back I was perusing the Brewster Country Store and bought a 3 new paperback book mystery series by a female Cape Cod author. I think the premise might have been a murder…

… I was hoping you could help me find an author. Her books include an older lady in in England(?). She has her dog who goes with her everywhere and an old car she has named (?). She shares her home with a photographer, and she helps in a thrift store…

EDIT: Many people have mentioned that this might be the Cornish Mystery Series by Carola Dunn. I don’t remember her naming her car, but it’s been a while since I’ve read any books in this particular series.

Alternately, Marie suggested this one could be the Ellie Quicke Mystery Series by Veronica Heley.

I’m looking for some books I really enjoyed (can’t remember titles or author!) that featured a female caterer who had a professional refrigerator/freezer in her home kitchen. Also, she was constantly pouring herself espressos from an espresso machine in her kitchen…

EDIT: Many readers have mentioned that this is likely Diane Mott Davidson‘s Goldy Schulz Mystery Series… I have read all the books in this really good series, but I confess to not remembering the espressos.

So, if you’ve got an answer to one of these questions, please be sure to bring it up in the comments! I’ll add suggestions as they come in, and hopefully we can help reunite these people with their former favorite Cozies.

*****Thank you to all of you who have posted comments answering Juke’s question about the professional refrigerator/freezer and the espressos-drinking sleuth. It turns out that Juke is looking for Diane Mott Davidson‘s Goldy Schulz Mystery Series.  I have read all the books in this really good series, but I confess to not remembering the espressos. Yikes!