Let me start by telling you that I am a fan of Ann Sothern. I have always enjoyed her sort of tell-it-like-it-is movie persona. With that said, perhaps it’s why I have watched her Maisie mystery movies several times. I enjoy her light delivery – and even though Maisie is sometimes sort of underhanded, I still enjoy her character. Anyway, the Turner Classic Movies channel will be showing several Maisie mystery movies on Monday, February 20.

2:15 PM Inherit the Wind (1960)
True story of a Tennessee schoolteacher who went on trial in 1925 for teaching Darwin’s theories.
Dir: Stanley Kramer. Cast: Spencer Tracy, Fredric March, Gene Kelly
127 mins
*****I don’t think this qualifies as a mytery, however it is a trial-type movie.*****

5:15 AM A Criminal Is Born (1938)
This short film tells the story of how a young man starts a crime spree which leads to murder.
Dir: Leslie Fenton. Cast: Dave Durand, Norman Phillips Jr., Dorothy Vaughan
20 mins

11:30 AM Conflict (1945)
A man murders his wife so he can be free to marry her sister.
Dir: Curtis Bernhardt. Cast: Humphrey Bogart, Alexis Smith, Sydney Greenstreet
86 mins

3:15 PM The Two Mrs. Carrolls (1947)
Humphrey Bogart, Barbara Stanwyck and Alexis Smith star in this thriller of an artist who can only find inspiration in murder and of the two women who inspire him, the two women he loves – The Two Mrs. Carrolls.
Dir: Peter Godfrey. Cast: Humphrey Bogart, Barbara Stanwyck, Alexis Smith
99 mins

6:45 AM Escape in the Desert (1945)
In this remake of The Petrified Forest, Nazi spies infiltrate a hotel in the American Southwest.
Dir: Edward A. Blatt. Cast: Jean Sullivan, Philip Dorn, Irene Manning
79 mins

10:30 AM Make Your Own Bed (1944)
Detectives masquerade as a butler and maid to get the goods on a crook.
Dir: Peter Godfrey. Cast: Jack Carson, Jane Wyman, Irene Manning
82 mins

8:00 PM Dick Tracy (1945)
A city is gripped with fear as a mad slasher known only as “Splitface” terrorizes its inhabitants and leaves a trail of murders. But Dick Tracy senses a common link and unravels a sinister web of extortion and revenge.
Dir: William Berke. Cast: Morgan Conway, Anne Jeffreys, Mike Mazurki
61 mins

8:00 PM A Soldier’s Story (1984)
A black army attorney is sent to an all-black army camp during World War II to investigate the murder of a sergeant and sees first hand the racial strife between the black soldiers and the white officers who run the boot camp.
Dir: Norman Jewison. Cast: Howard E Rollins, Adolph Caesar, Denzel Washington
101 mins

4:45 AM After Office Hours (1935)
A society newspaperwoman tries to prove to her editor that she can crack a murder case.
Dir: Robert Z. Leonard. Cast: Constance Bennett, Clark Gable, Stuart Erwin
75 mins

6:00 AM My Grandfather’s Clock (1934)
A murder has been committed, and two detectives are on the case.
Dir: Felix E. Feist. Cast: Mischa Auer, Otto Hoffman, Sarah Edwards
16 mins

11:45 AM The Man Who Cheated Himself (1950)
A woman in the process of divorce shoots her husband and gets her police lieutenant boyfriend to help hide the body.
Dir: Felix E. Feist. Cast: Lee J. Cobb, Jane Wyatt, John Dall
81 mins

8:00 PM In the Heat of the Night (1967)
A black detective teams up with a racist white sheriff to solve a murder in a small town in the South. Over time, they begin to find respect for one another.
Dir: Norman Jewison. Cast: Sidney Poitier, Rod Steiger, Warren Oates
109 mins

12:00 AM Lightning Strikes Twice (1951)
An actress champions the cause of a man whom she believes has been falsely accused of murdering his wife.
Dir: King Vidor. Cast: Ruth Roman, Richard Todd, Mercedes McCambridge
91 mins

2:00 AM Deathtrap (1982)
Sidney Bruhl is a formerly successful writer of Broadway thrillers who is trying to recover from the failure of his latest play. When Sidney returns to his wife Myra, a rich woman with a heart problem who is prone to hysterics, he tells her of his jealousy and humiliation upon the receipt of the first play of a former student.
Dir: Sidney Lumet. Cast: Michael Caine, Christopher Reeve, Dyan Cannon
115 mins

10:00 AM Lightning Strikes Twice (1951)
An actress champions the cause of a man whom she believes has been falsely accused of murdering his wife.
Dir: King Vidor. Cast: Ruth Roman, Richard Todd, Mercedes McCambridge
91 mins

10:30 AM Maisie Was a Lady (1941)
A Brooklyn showgirl signs on as a maid for a family of wealthy eccentrics.
Dir: Edwin L. Marin. Cast: Ann Sothern, Lew Ayres, Maureen O’Sullivan
79 mins

11:30 AM Once a Thief (1965)
A young ex-con trying to go straight gets caught up in another criminal scheme.
Dir: Ralph Nelson. Cast: Alain Delon, Van Heflin, Jack Palance
107 mins

5:45 PM Purple Noon (1961)
Tom Ripley is an angelic-looking young American whose talents for everything but holding down a job are impressive. When he is recruited by a concerned father to travel first class (all expenses paid) to Paris to bring back an errant son, he accepts.
Dir: René Clément. Cast: Alain Delon, Marie Laforêt, Maurice Ronet, Erno Crisa
118 mins
*****In French*****

4:30 AM The Automat (2021)
A documentary focusing on the popular 20th century vending machine that offered freshly cooked meals.
Dir: Lisa Hurwitz. Cast: Mel Brooks, Ruth Bader Ginsburg, Colin Powell, Carl Reiner, Elliott Gould, Howard Schultz
79 mins
*****Although I have never eaten or been to an automat, I have seen many of them in the old black and white movies I enjoy watching. This documentary is terrific.*****

11:15 PM Dog Day Afternoon (1975)
On one of the hottest days of August 1972, three amateur bank robbers plan to hold up a Brooklyn bank. A nice simple robbery: Walk in, take the money, and run. Unfortunately, the supposedly uncomplicated heist suddenly becomes a bizarre nightmare as everything that could go wrong does.
Dir: Sidney Lumet. Cast: Al Pacino, John Cazale, Carol Kane
130 mins

If you’re really looking forward to these or other mystery-themed TV specials coming up in February, be sure to leave a comment below!

And here is the page on my site with plenty of entries about movies and television shows you may enjoy:

Cozy Mystery List TV and Movie Section – all you have to do is click on the link to go to that page on my site.

Dalgliesh is a very modern mystery series, with the first few episodes coming out as recently as November 2021, published and produced by the Acorn network. It’s based off of the classic Adam Dalgliesh Mystery Series by P. D. James, in my opinion one of the best mystery authors of her generation.

As of the time of this writing, Dalgliesh only has six episodes out, with each episode covering half of one of James’s published works, but it has been officially renewed for at least two more series.

In the Acorn series, Adam Dalgliesh is a Detective Chief Inspector of the Metropolitan Police, and as such he is called in to other small communities when there is a problem that the local police either require assistance with or that are considered particularly important for other reasons. Because of this, the series so far hasn’t had much of a unified cast, with only Bertie Carvel appearing regularly in the title role of DCI Adam Dalgliesh.

As in the books, Dalgliesh is portrayed as an intellectual and private individual, who has never truly recovered from his wife’s death some time ago. A published poet, he prefers expensive cars, as shown by the Jaguar that he drives both in the books and in the show.

It has been quite a few years since I’ve read the original works that this series is based on, but from my memory, this particular adaptation definitely seems faithful. Considering that the originals that it has been based off of are strong classics at this point, I definitely view that as a strong endorsement.

As is often the cases for adaptations of older works, this is a period piece that the author meant to feel modern, and the show does a great job of maintaining the atmosphere of the ’70s, which would appear to be the era that most of the series will be set in – which might be a change for some of the later entries, as James wrote her novels from the 1960s until the early 2000s.

All told, this is a really good adaptation of a classic series – definitely something I would recommend to anyone who has an Acorn subscription, and one of many reasons to give the service a try.

A word of warning (a sentence I feel I’m saying a lot about these more modern adaptations) – the show is a bit less “Cozy” than some cozy mystery lovers might prefer. In particular, this one features significant swearing.

Thank you, all, for letting me know about the January 8, 2023 NEW Cozy Mystery movie on the Hallmark Movies & Mysteries channel. (They’ll be re-airing it on Tuesday, January 9 – as well as several other times during the month.) 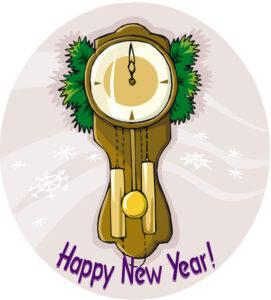 Here it is, 2023 and a new winter is upon us! I’m guessing that most of us have had our fill of holiday movies, and are ready to get back to the Cozy Mystery movies that the Hallmark Movies & Mysteries channel airs for our entertainment.

As I have said many times, Hallmark only posts their schedule for three weeks at a time. So, I have only been able to look through the movies they will be airing until Saturday, January 14, 2023.

Bad news… as of yet they don’t have any NEW Cozy Mystery movies listed. They will be airing re-runs of old mystery movies from years of past, along with their regular daytime shows like Monk, Psych, Diagnosis Murder, and Murder, She Wrote. Because of this, I have decided to take a hiatus from posting the channel’s schedule >>> until I see they are airing a NEW Cozy Mystery movie… which I hope is soon!